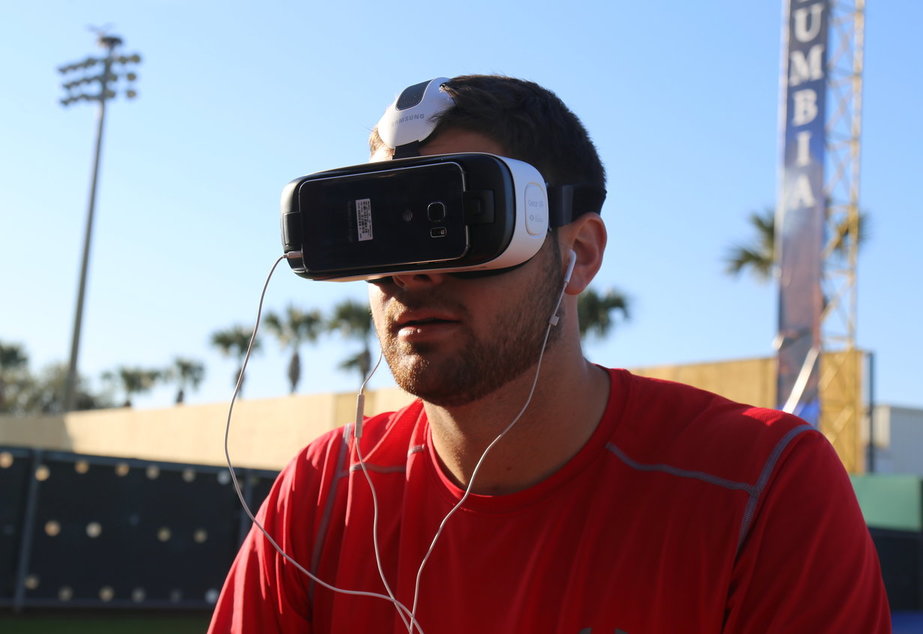 Is virtual reality the future of fitness?

After many years of speculation and anticipation, virtual reality (VR) and augmented reality (AR) technology is finally beginning to integrate with everyday life. Initially developed to enhance the video game experience, VR and AR has innovated many different industries and fitness could be the next big field to embrace these technologies.

But where does VR and AR fit in with fitness? It’s all about motivation.

VR can be used to transport users to exciting environments

We all want to stay fit and healthy, but many of us struggle to find the time or enthusiasm to exercise. This can be even more difficult in winter when the dark nights and cold weather force us inside. For some, the idea of running on a treadmill or cycling for hours on a stationary bike is a little too uninspiring.

Several companies have developed headsets that evolve into fitness tools, transporting users into stunning vistas and providing a little more incentive to exercise. WideRun, for example, have created a bike trainer that can be connected to VR headsets, giving the user an immersive and engaging biking experience. Users can choose to cycle through countryside cycle tracks, fantasy lands full of adventure and even the sprawling city of San Francisco.

There are already ways of making exercise feel more exciting, look no further than the rows of TVs you’ll find at a gym or the specifically-curated playlists listed on Spotify. But not only does VR take distraction to a new level, it also adds the incentive of being able to integrate your effort into the VR world.

The concept of gamification has become increasingly popular within the world of fitness. By giving people a challenge and making exercise fun, more people can develop a mindset where being active is more enjoyable than being sat on the sofa. It also appeals to a generation that thrives on a fast pace and has an attention span shorter than that of a goldfish.

Take, for example, Brooklyn Boulders Gym in New York. The gym introduced an AR rock-climbing wall that essentially transforms an ordinary rock-climbing wall into a video game. The wall uses a projector to flash numbers and targets on the wall, encouraging climbers to accumulate points and compete against each other while working their way to the top.

Mobile apps are also getting in on the AR action. Zombies, Run! is an immersive game that brings you into a post-apocalyptic world full of zombies. To survive, you must run while collecting supplies and completing daily missions. If a horde of bloodthirsty zombies isn’t enough to get you running, I don’t know what is!

Another AR fitness app is Superhero Workout. This time there are no zombies in sight, but there are aliens who want to destroy the planet. The app uses motion detection and encourages you to defeat the alien forces using real-world exercises including crunches, arm punches and jumping jacks.

Will VR and AR fitness work in the long term?

Unless you’ve been living under a rock for the past few months, you’ll undoubtedly have heard of the latest AR craze Pokemon GO. The mobile game, based on the world famous anime TV series, encourages players to go out, walk around and catch virtual monsters using your smartphone.

The game was hailed by health experts for its ability to get players out and about, subsequently increasing activity levels and improving players’ wellness. On average, Pokémon GO players increased their step counts by 1,000 steps per day.

However, as the hype died down and interest in the game waned, daily step counts began to decrease, usually after a period of two weeks. This demonstrates that, while VR and AR certainly has the potential to encourage physical activity, developers need to research how to sustain interest in these technologies rather than them simply becoming short-lived health fads.

After all, if more people had a fun incentive to exercise, wouldn’t more people get active and live healthier lifestyles?