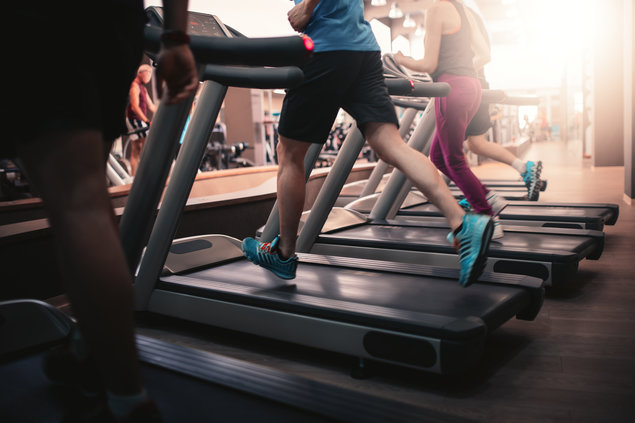 What if going to the gym was your civic duty?

I have watched with great interest over the last few months how we have been encouraged by the powers that be to become more physically active, and how keeping fit during lockdown has been moved up and up the political hierarchy of values. At one stage we were even told we could exercise twice a day.

We now hear that this unique situation will be used as a ‘catalyst’ to increase  activity levels further and interventions put in place for the longer term. I live in hope; if we are to be led by the ‘science’, unfortunately our population is around 20% less active than in the 1960s. If current trends continue, it will be 35% less active by 2030.

Good fitness was once considered a societal obligation

What if going to the gym was more than a personal choice? What if it was part of everyday life, that society expected you to maintain a reasonable level of fitness and it was part of your normal obligations?

In Ancient Greece this was likely the case. It was a “political expectation” to be in shape – so much so that the gymnasium was considered one of the key criteria for what constituted a city, along with a market square and the forum. Consider that Plato gained honours for wrestling and his values for daily gymnastic training are set out in The Republic. In them, he stressed the importance of keeping generally alert and free from ill health in order to be ready for eventual war or hardship.

Contrast this with modern times; we have the first generation of children with a shorter life expectancy than their parents, and the WHO have also classified obesity as a global pandemic. There is concern that school closures during COVID-19 may make this situation worse.

We need to take responsibility for our own health

Where are our active role models and leaders, our modern day Plato’s promoting sound of body, sound of mind? Consider Michael Jordan’s quote from The Last Dance: ‘I’d never want to be a role model, it’s a game that’s stacked against me, I can never win”. I have always personally, been uneasy with the idea of sports stars as role models too.

Where is our Olympic legacy? If you remember, we were told that London 2012 would drive down obesity levels and increase activity levels for the poorest kids. It didn’t work, and it was never going to work. History has shown that Olympic Games tend to make two things happen: kids who are already good at sport get better, and people who watch sport on TV, tend to watch more. No effects on inactivity or obesity.

Going to the gym can mean any activity, such as walking, hiking, cycling, team sports, or tai chi, so find some form of activity which engages both body and mind. Make an appointment, take a friend or work colleague, and choose something you enjoy. If none of the above are for you, then think about lifestyle fitness and incorporating activity into your daily routine. Once or twice a week, go hard and push yourself.

I hope we really are all given the opportunity now, by collaboration between town planners, transport and environment chiefs, alongside physical activity specialists, to be much much more active, if not for the “beautiful goodness”, then because this really is our civic duty.