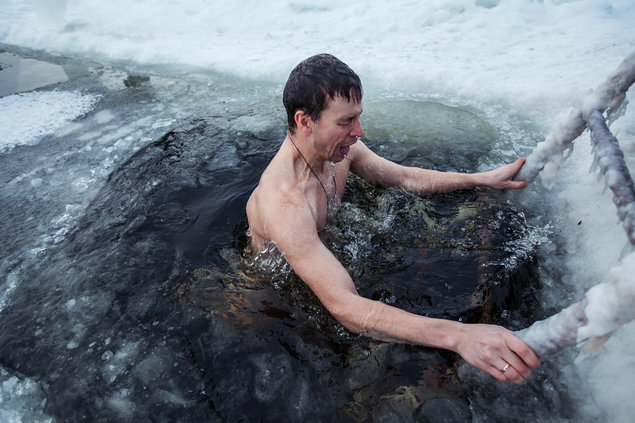 What is cold thermogenesis and how does it work?

As everyone knows, when humans get cold, they start to shiver; what you might not know is that this quick contraction and expansion of your muscles generates warmth and burns calories. However, biohackers have taken this principle and run with it, discovering other forms of cold exposure which offer significant results when it comes to weight loss. While fifteen minutes of shivering does burn roughly 100 calories, it’s not the most effective method of cold exposure if you are looking to lose weight. This is where cold thermogenesis comes in.

What is cold thermogenesis and what does it do?

Cold thermogenesis literally means the creation of heat when the body is exposed to conditions significantly below the its optimum temperature—less than 37°C or 98.6°F. This increases your body’s rate of metabolism, in a way which is unrelated to shivering, which will allow you to burn more calories if done regularly enough. Indeed, one study showed that spending two hours each day in 17°C temperatures for six weeks led to a reduced rate of body fat, with other studies suggesting that an extended period of time spent at between 16 and 19°C will induce weight loss.

You can undertake cold thermogenesis treatments at home through a variety of methods, from a cold shower or bath to “shiver walks”—wearing summer clothes outdoors during the winter months to maximise cold exposure. Of course, you should be extra careful to make sure your overall body temperature doesn’t fall to dangerous levels (below 55°F or so) and avoid spending more than fifteen minutes to half an hour in cold temperatures for your own safety.

How does cold thermogenesis work?

The process of cold thermogenesis works because low temperatures activate brown adipose tissue (also known as BAT or brown fat), which is stored along the spinal cord, and around the kidneys and neck. Cold exposure sets this brown fat into action, to generate heat by burning calories within your body; in contrast, regular (or white) fat retains the calories within your body, and is harder to break down.

The science behind cold thermogenesis is still in its early stages, with different studies drawing different conclusions about how the process works. Some scientists even believe that spending long periods of time in cold temperatures can actually convert white fat into brown, which would increase the body’s ability to burn calories. Regardless of the theories, the fact remains that cold exposure, even a few hours at only slightly lower-than-average temperatures, can encourage brown fats to burn calories through heat production.

What are the health benefits of cold thermogenesis?

Prolonged cold exposure, whether to the degree that causes shivering, or simply in a slightly lower temperature than you are used to, offers a number of health benefits, most of which are related to the burning of calories the process induces. For example, cold thermogenesis leads to an increase in the release of adiponectin, one of the hormones which burns fat; consequently, this hormone will send the blood glucose stored within the fat into muscles, allowing you to recover more quickly from exercise in the long term.

When done in moderation, cold thermogenesis also boosts the amount of brown fat in your body. It is also a recommended recovery technique for athletes to undertake after training. This will provide you with more internal resources to prolong the cold exposure process, burn more calories and lose more weight in the long run.